By Diego Duarte and Bryce Vowles

Headed by Coach Moreno and assistant coaches David and Bedsole, the wrestling team has achieved their most triumphant season yet. In all of Coach Moreno’s ten years as wrestling coach, this is the biggest team the program has ever had, boasting a total of 22 players. The reason for that, according to him, is that “the football team really decided that they wanted to help the wrestling team out because wrestling really complements football” and due to coaches “who really value wrestling helping them out.” This, paired with recruitment efforts by Jordan Moreno, yielded amazing results.

The team has had an unprecedented winning record for their tri meets and dual meets, which are won based on team points (this means that the team with the most points in the end wins). Due to this season being extremely successful in having a full roster for all of the weight classes, this year’s wrestling team has become the first at CHS to win in their league. Many have also become league champions individually at the League Finals.

On top of the success achieved in their league, they placed second (just below Poway) at the John Bright Memorial Tournament, making this the first CHS wrestling team to ever win a trophy as well. Junior Nate Cena won the John Bright Award due to his hard work and outstanding sportsmanship at the tournament.

At the Conference Championship, freshman Danny Marquez placed 4th, making him the second wrestler at CHS to earn a medal at the conference. At the CIF Divisionals, for the first time ever the wrestling team placed top-five at fifth place and held the most Division-four placers at CIF in CHS history. Landon Bedsole, Jacob Morones, Nate Cena, Luke Bedsole, and Danny Marquez all made it to CIF Masters.

What is also remarkable about the team is how it is everyone’s first year wrestling. In discussing how he felt about this, freshman Jacobe Morones shared the unique opportunity of being an all-new team. “Everyone starts out on the same level,” he said, “and you progress from skill and practice.”

Amidst all of this tremendous success, a few wrestlers of the team were interviewed. When asked about his reasons for joining wrestling, Nate Cena stated, “I just wanted to do it so I could wrestle other people.” Sophomore Ryder Jennings had more practical reasons, stating, “My football coach said I needed to be lower [to be able to get low enough to throw people to the ground], so I joined wrestling because I figured I would be pretty good at it… Also to get my conditioning up.”

When asked about the challenges of wrestling, Danny Marquez stated that the hardest thing in wrestling is having “endurance strength. It’s different from cross country. It’s not speed-endurance, it’s strength-endurance,” which involves “using your muscles the entire time in trying to force the other guy on his back.” Then, when asked about making wait he said he “hated it,” and “had to change my eating schedule. I’ve eaten a lot less than during football season… I barely eat half of what I used to. But more than not eating it’s not drinking so much. It’s not taking in salt so you don’t gain your water weight. The water just goes straight through you.” Paired with this, he also does some running before practice.

The team also has a very fun competitive spirit with one another when it comes to live-wrestling each other to build their skills up in practice. Ryder Jennings spoke about how his favorite thing was “pinning everyone,” including juniors Justin Iagmin and Trent Yeagley (or so he claims). And sophomore Tyler Cobb conveyed how his favorite thing was “taking Graham Conover’s ankles” at practice.

All in all, this is the greatest wrestling team CHS has ever had. And since the team had zero seniors, the team will be returning, hopefully with some additions. So far, the next few years are looking promising for the wrestling program as a whole. 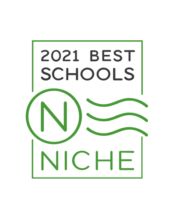